You And All Your Friends Are Dead

by You and All Your Friends Are Dead 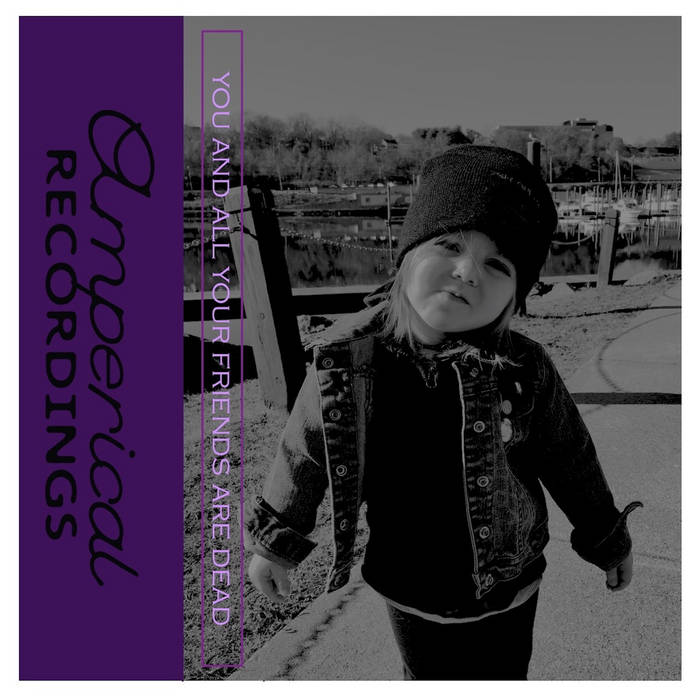 You And All Your Friends Are Dead is a grindy/PV project that belongs me (Brian). It was something i rounded up a few friends for while waiting to book some more WFS shows. I had some fun ideas that just weren't gonna fit with any new WFS stuff and I wanted to play really fast stuff, shows under ten minutes, and talk about horror movies and beating up nazis. So I asked Bruce (who was in Screams From The Burn Unit and is currently in Satanic Panic with me) if he wanted to do this. We linked up with John Shields who's basically a drummer for hire at this point, but he too was in Screams early on. The lineup was rounded out with Tommy Cash from The Low Road and currently Police Navidad.

The whole idea of this band was to have little or no internet presence, but thats is fucking impossible to sustain if you aren't at least playing a few shows here and there... which we haven't. We practiced twice and went into Missile Silo studios to record our debut. It took an afternoon and part of an evening in November of 2017. Joe Egan had a bad cold, and Tommy borrowed the 'Nails" petal for Bruce to use. We recorded all the instruments live and then I went through each one and did vocals as quickly as possible. What we ended up with was 13 songs in about 8 minutes... pretty much exactly what I wanted. Unfortunately, playing shows for all of us was complicated.

We did end up practicing one more time, and in that practice we wrote and recorded 4 more songs that have kind of a black metal feel to them. I have little doubt that we will play shows at some point,I just don't know when. I'm not satisfied turning this project into the Agoraphobic Nosebleed of Sussex County. Until then, we have these downloadable tracks and a limited edition tape (go to the merch section).

We'll be selling these at Waiting For Sunset shows until they are gone... and the only reason I didn't create a separate band camp for this project is because i already have too many and Jake helped me put the tape out. You can buy it from us online, or you can save yourself the shipping costs and just buy it at the shows.

Bandcamp Daily  your guide to the world of Bandcamp

Featuring appearances from Kari Faux, Bluestaeb and and interview with NY-bred artist Wiki